Camp Friends Being Together and A “Where Your Camp Shirt” Update

Many thanks to so many of you this month who have sent us photos of your time with camp friends all over the world. It’s so wonderful to see how close our community is throughout the year, and that Camp friendships truly do last forever!

This past week the Camp office was in Atlantic City for the annual Tri-State Camp Conference. David and I were thrilled to bump into Justin Pritikin in the lobby of a hotel. It was great to see him and catch up. David and I also spent time with Neil Erman, father of Julia and Jared. Neal’s company Geoscape Solar was a vendor at the conference. On Wednesday night we were joined by Rachael Silver, Josh Williams, Sean Atkinson and Courtney Challoff. It was good to have so many members of the K&E team together, even if it was just for a few hours. Later in the week I’ll be writing about the many presentations made by the K&E team, and the fantastic keynote address by former Secretary of State Hillary Clinton. 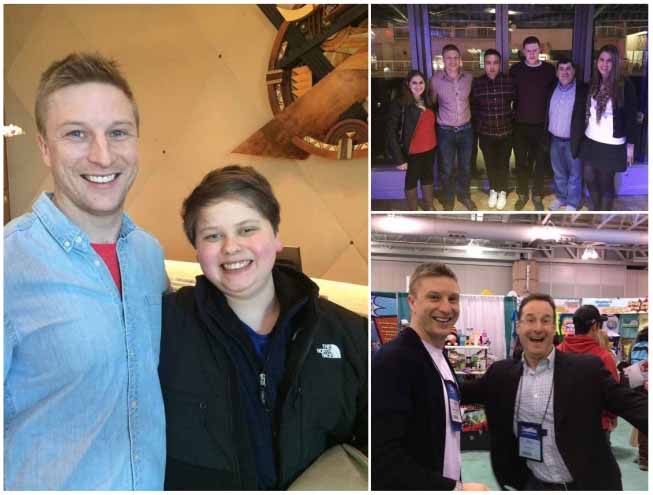 It looks like there have been some other great mini-Camp reunions this month. Hannah and Sam had fun together at their elementary school square dance, and Soccer Tom and Autumn hung out at a soccer/football match in UK. Before heading back for his internship in the Camp office Josh said a funny goodbye to our friend Jack Rae, and while on vacation in California Head Nurse Jodi Peikes ran into Anna! 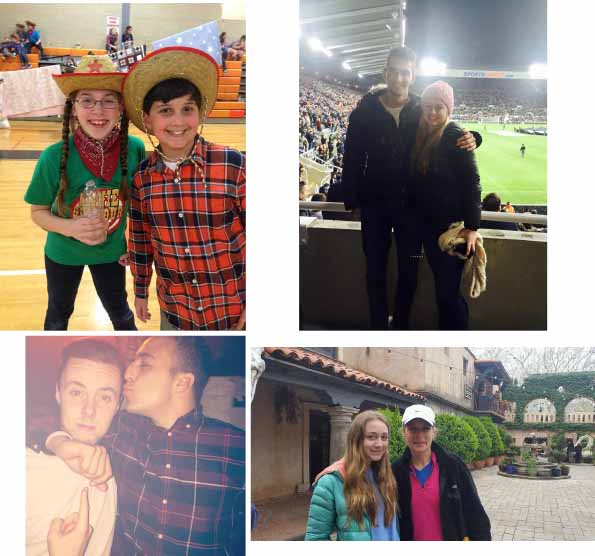 The Kaidens traveled to Israel for Ben’s bar mitzvah, and took along their Camp shirts for some great photo ops. Thank you to you both for participating in our “Where Your Camp Shirt” contest. We will announce at the start who traveled the farthest in their K&E gear, but for sending us this picture a fun prize is on its was to you both. We hope that the trip was amazing!

Lastly, we also loved seeing these two pictures of Camp alumni hanging out together. While it has been almost 10 years since Danni, Emma, Shawn, Ben and Jenna were campers it’s makes us really happy to see that you still go to fun events and take vacations together. The friendships that we form during our summers in NH create a bond unlike anywhere else in the world. It’s part of why our NH Summer camp feels like home to so many people.

Thanks to everyone who sent us photos of your time with camp friends this month. We miss you when we aren’t with you, and love being included in your non-camp lives!

Learn more about this
incredible experience for children