What Colleges Want In An Applicant, And How Overnight Camp Can Help!

There was a very interesting New York Times article last week that has been making the rounds amongst our leadership team. It’s titled “What Colleges Want In An Applicant (Everything)”. It details the many frustrations of parents and high achieving students as they try to navigate the college admissions process, especially considering how hard it is to discern what truly will help a high school senior stand out. Is it grades? Is it standardized tests or extra-curriculars? How about AP classes and community service projects? The article shows how opaque the process can be, and how varied it is from school to school.

As I was reading it one quote caught my eye:

While reading applications, its admissions officers now look for evidence of 13 characteristics — including curiosity, empathy, openness to change and ability to overcome adversity — that researchers associate with successful students. These are also qualities that the liberal-arts college values, inside and outside the classroom.

The article makes it clear that regardless of the university or college these are some of the most important attributes they are looking for. These are also the very same outcomes and life skills that our summer camp in New Hampshire has excelled at teaching young people for many, many years. They’re called 21st Century or Non-Cognitive skills, and they also include things like leadership, being an effective communicator, and the ability to solve problems. And now we have a generation of alumni who have graduated college and discovered that the skills they acquired during summers at K&E have given them a serious leg up on their peers.

Here’s an excerpt from a piece I wrote about one such camper who attributes his post-college career success in large part to his time as a Kenwood and Evergreen camper and counselor. 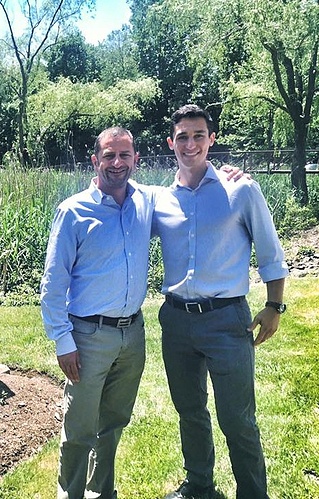 For those who don’t know him, Andrew started at K&E when he was 9 years old, and worked as a counselor all throughout his college years. While many of his school peers had summer internships making coffee and learning the art of photocopying, Andrew was gaining the sort of real world non-cognitive skills that employers actually want. He learned to be responsible and reliable in a work setting. He completed complicated projects with defined outcomes. He became an effective communicator and a quality problem solver. He weathered challenges and became a more resilient, effective employee. Over many summers he had countless opportunities to be a leader, eventually becoming truly gifted at it.

So when Andrew applied for his dream job as a college senior and the recruiter asked “so what differentiates you from your peers?” he had answers ready about valuable experiences and definable skill sets he developed as a camper and camp counselor. According to a Camp Parent who is now working with Andrew, When it came time for his interview he wasn’t just ready, he aced it. The guy on the other side of the table could see that this young person was better prepared than the 100 other people interested in that job. And he beat out all of those other applicants who had spent their summers interning for companies with famous names and not really accomplishing much.

Just like Scott has been saying for almost a decade, the time this young man spent as a Kenwood and Evergreen camper and counselor gave him a true competitive edge. It’s that same advantage we can wait to give to every one of our campers and counselors this summer.

I think every modern parent stresses about how to help their child someday get into the best college possible. And while many aspects of the college application process remain shrouded in mystery, it’s comforting to know that our overnight camp is not just providing our young people with amazing, fun summers, but also some of the very skills they will need to succeed as young adults.

Camps Kenwood and Evergreen is a traditional overnight camp in NH that teaches sports, visual and performing arts, watersports, and skills like leadership and resilience.