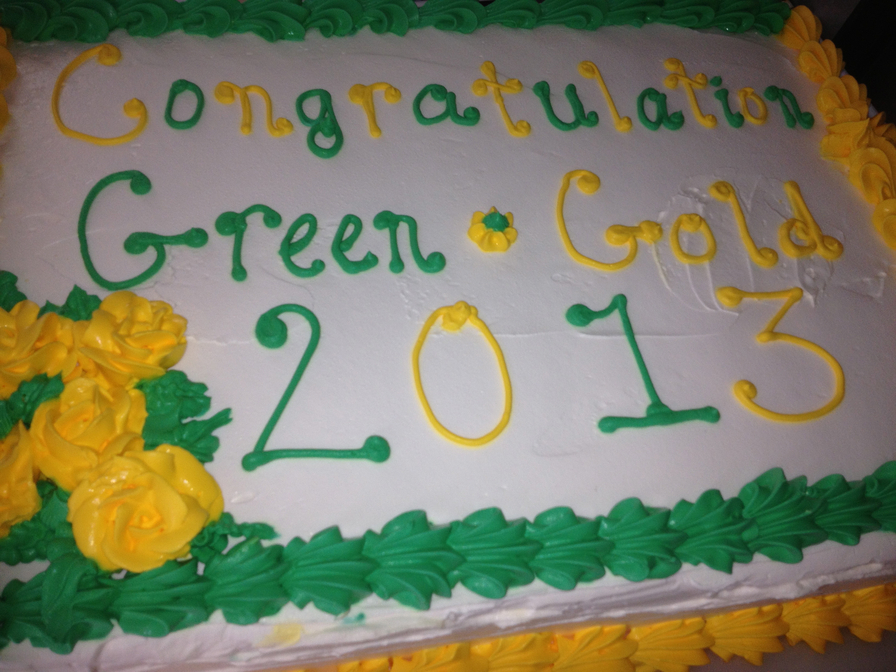 The weather was once again gorgeous today at Camp, and it made for a perfect day of Color War activities.  Kenwood had its Swim Meet, and campers of all ages were competing in races of freestyle, breaststroke, backstroke, and butterfly.  We also had a treasure hunt and a breath holding competition.  The Swim Meet was close, with both teams winning points.  Evergreen also had its Swim Meet this afternoon, and its Track Meet this morning.  Our girls were running their hearts out in the 50, 75, 100, and 200-yard dash, along with the marathon run.  It was a fantastic day for watching our boys and girls participate in athletics. And after a Color War where Gold was winning for almost 3 straight days Green took the lead by 19 ½ points as they headed to dinner.

I should also mention that last night and this afternoon we had events that are unique to Kenwood & Evergreen: our Color War Debates.  Senior campers in both camps spent three days studying the in’s and out’s of two different major topics.  The speakers on all four teams stood in front of their fellow senior campers and spoke knowledgably and articulately (and for some, without notes).  All participants did such an incredible job, and they were terrific role models for all of our younger campers.

In Evergreen the debate topic was as follows:

Be it resolved that the ability to purchase and consume alcoholic beverages within the United States of America be granted to those individuals 18 years of age and older.

In Kenwood the debate topic was:

Resolved: That Title 50 of the US Code, Section 1861, commonly known as the Foreign Intelligence Surveillance Act of 1978, be amended to prohibit the interception of the phone or internet communications (or associated business records or other tangible things collected which relate to these communications) of American citizens, including the collection of phone or email content or metadata, unless a court of competent jurisdiction has found that probable cause exists to believe that said citizen or citizens may be engaged in criminal activity, including, but not limited to terrorism.

This year’s debate teams deserve special mention, as their participants seemed to absorb the facts, figures and ideas related to their topics on a level one would expect of college students. It is not easy at any age to stand up in front of a room of your peers and speak with such authority. It is even harder when you also have to field pointed questions from your camp directors. The debates were the best any of us can remember in recent years, and the winner of the Outstanding Speaker award in Kenwood may be the single best Camp debater we’ve ever seen. Our debaters displayed for the entire community so many of the skills that we work on here at Kenwood & Evergreen: critical thinking, effective communication, adaptability, and resilience. Bravo to all participants! 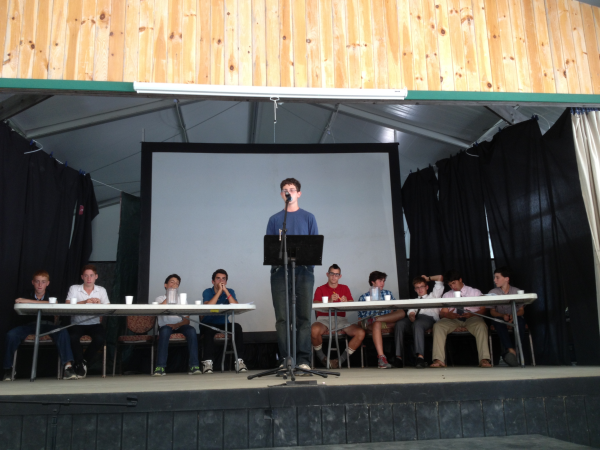 This afternoon we also had a special event for two friends of ours who were unable to participate in sports this Color War. Both of them unfortunately had broken arms and long casts. While they had been good sports all week and cheered on their teams with gusto, we felt that we needed to create some fun contests centered on them and what they were still able to do. So just after lunch about 150 of their closest friends and counselors gathered in the theater tent to see them compete in Baggo, in the board game Operation and in a super-charged cake decorating competition. It was all silly good fun, and the smiles on their two faces made everyone feel good!

Today was also the end of Evergreen’s Color War.  As the sun was setting both teams marched into the Theater ready to sing the excellent songs that their coaches had written for them. Each team sang 4 songs: an Alma Mater (an ode to all that is beautiful about Evergreen), a Fight Song (extolling the virtues of Camp Evergreen), a Cheer (“go team!”), and a Comic (a send up of the funny moments of this summer).  And then it was time to wait for the judges’ final verdict.   Most girls began to tear up even before the score was announced, as they had just realized that in a matter of days Camp would be over for the summer.  Some girls and counselors cried openly.  The judges returned to the stage, and Phyllis read off the scores.  Cheer: Green.  Comic: Gold.  Fight: Green.  Alma: Green.  In the end, Green picked up the songs that they needed, and they won Color War.  Our girls cheered and shouted and ran across the theater to hug their friends on the opposing team.  And just like that, Color War was over for Evergreen until next summer.  They returned to their bunks having fought hard these four days, excited for a trip tomorrow and then a few final days of regular camp activities.

While Evergreen had its Song & Cheer Kenwood had its Apache Relay & Rope Burning.  This was a particularly memorable set of events. Tonight was the premier of K&E’s new “war canoes”, extra-long boats that can carry up to 14 people in them. Transporting them from the bridge across the lake to the Boys’ Waterfront became a new tradition this evening, as both teams realized that navigating vessels this large was not so easy! Grey jumped out to an early lead, and ultimately won the Relay race, but only by about 30 seconds.

After the race all of Kenwood gathered on the Senior Ball Field for another amazing annual event called Rope Burning. This it was Maroon who got off to an early start, setting up their wooden frame and then lighting their fire first. Each team used a different technique, with Grey building a more structured teepee and Maroon making a quick pile for a bonfire. Both teams’ fires licked at their ropes suspended ten feet above the ground, and the rest of Kenwood looked on in amazement.  The teams sang songs in support of their teammates trying to burn the rope.  The Maroon team fire suddenly lunged into the night sky, and their rope caught fire and fell.  Members of the Maroon team jumped up and down with excitement, hugging each other.  After about 30 seconds of celebrating their victory the members of Maroon redirected their cheers for the Grey team.  There was clapping and shouting and singing, all in the hopes of helping encourage Grey to not give up.  The English counselors on the Grey team stood behind their campers and started chanting Soccer/Football songs from their home country.  They put their arms around their campers and instructed them to jump in the air while singing their songs of encouragement.  It took another 30 seconds and then the Grey team burned their rope. It was quite something watch!

If you’d like to see what Kenwood’s Rope Burning looked like I shot this 4-camera video that I was able to edit this evening after the campers went to bed.