After a great weekend of a Spirit Day Intercamp competition and an amazing Oddlympics today it was time to get back to our regular schedule. We awoke to a breathtakingly beautiful morning at our overnight camp in NH. Just after breakfast we had Evergreen girls leaving for an all day lacrosse tournament and a swim meet. As they boarded the bus they were all a buzz with talk about the fun they were going to have today playing team sports against other camps. Kenwood’s 12 and Under Baseball team played their second game of the summer as well. 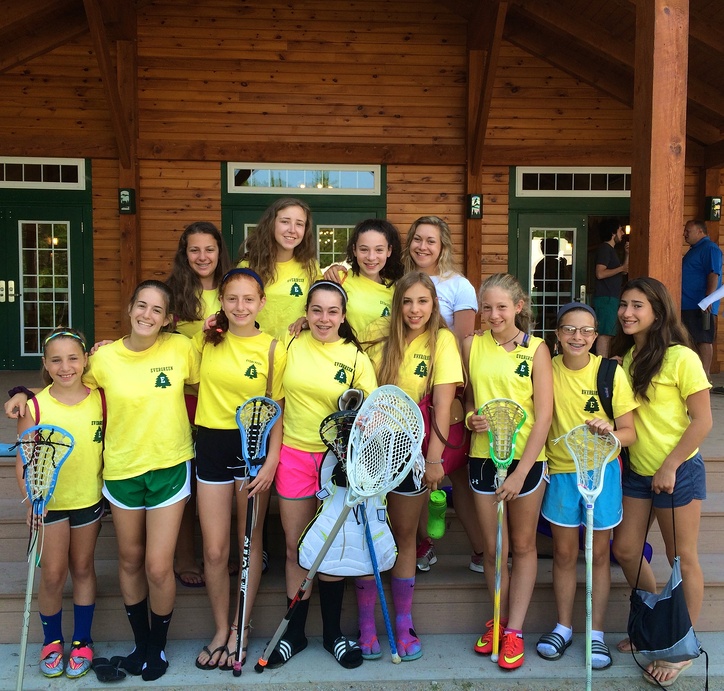 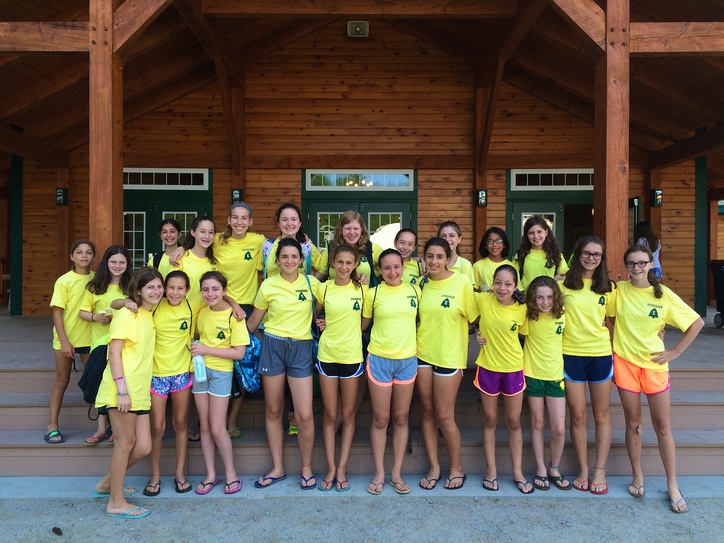 Our girls weren’t the only ones out on excursions today. Kenwood’s Hut 6 left this morning for their multi-day white water rafting trip in Maine. This is the second of two outdoor adventures that they will take just with their age group this summer. After 6, 7 and even 8 years as campers they are starting to become quite emotional about their camper careers coming to a close. These trips give our oldest campers time to bond as a group, and process how emotional their upcoming graduation will be in just 5 weeks. For their final trip I will have the pleasure of taking them to Canada for 3 days (Jacki and Bob, our athletic directors, will lead the same trip for our Evergreen Junior girls). 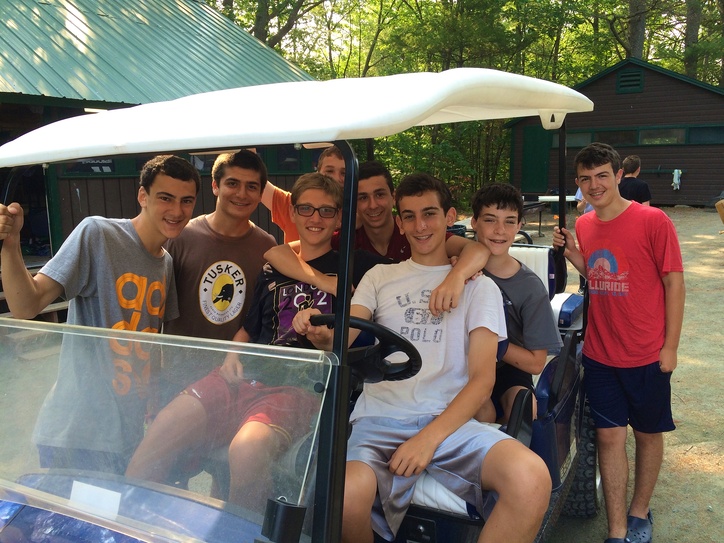 As you can see, this is a group that really loves being together. 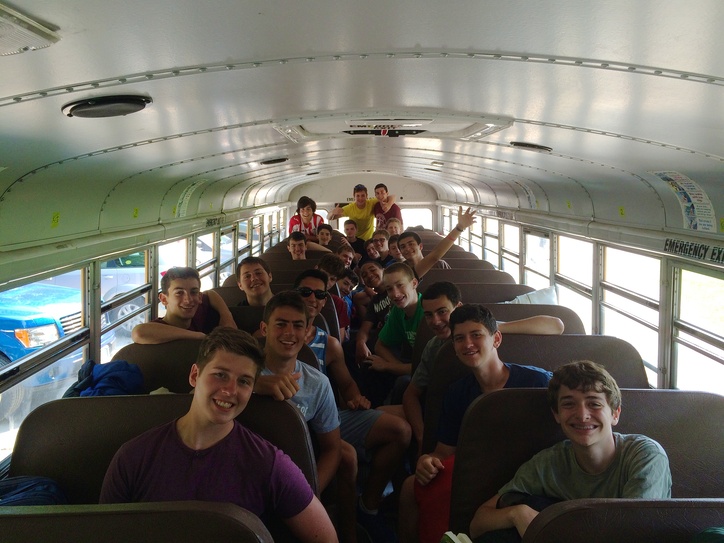 Not to be outdone by their Hut 6 friends, our Kenwood Freshmen and Sophomores also went on a cool outdoor adventure trip today. First, they spent the morning climbing through a massive set of local caves, and then they spent the afternoon swimming at a nearby beach. 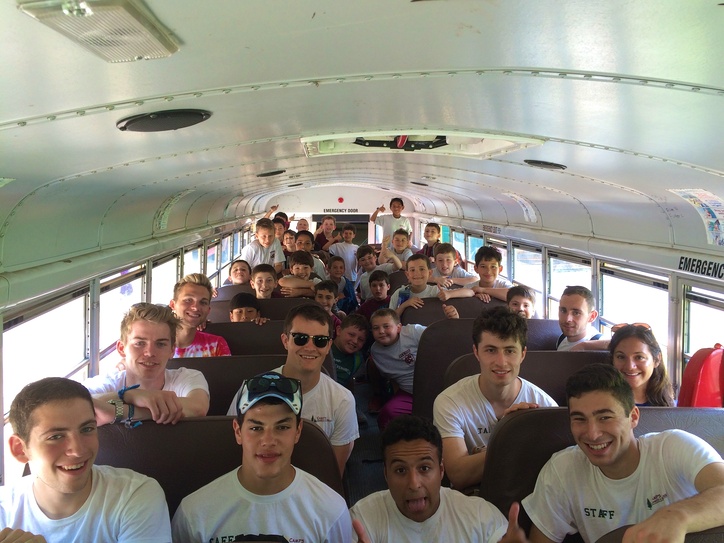 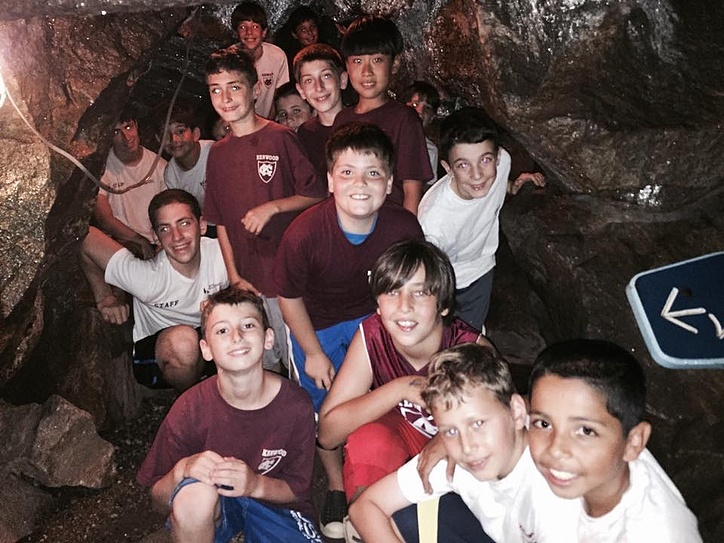 A group of Kenwood Inters joined Adventure Dave on a trip to Profile Falls, one of NH’s most beautiful — and lesser known — attractions. With Dave’s help the boys were actually able to traverse the bottom of the falls and lay back against the rocks while 50 feet of cascading water fell just over their faces. As you can imagine, when they returned they were pretty pumped about this experience.

For so many of our campers our day and overnight trips are their first exposure to just how amazing and awe-inspiring the natural world can be. 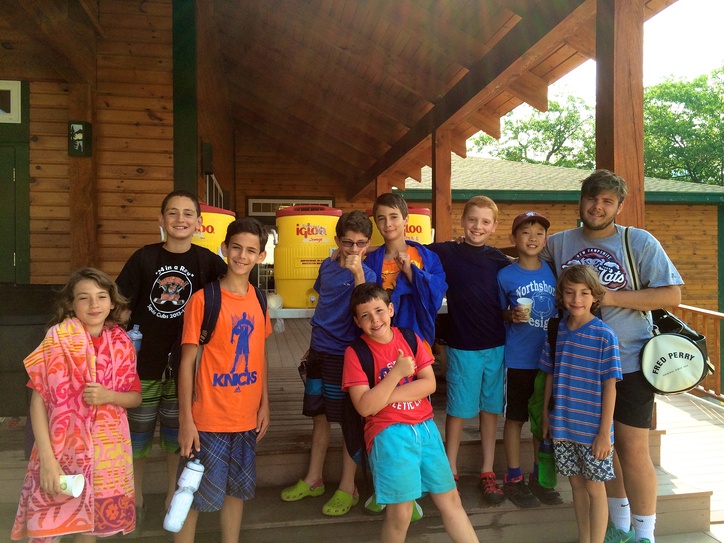 Back at Camp there were just as many cool things going on at our activities. Soccer Tom ran a fantastic clinic with our girls. He had them working with different parts of their feet, learning to control the ball at different running speeds. 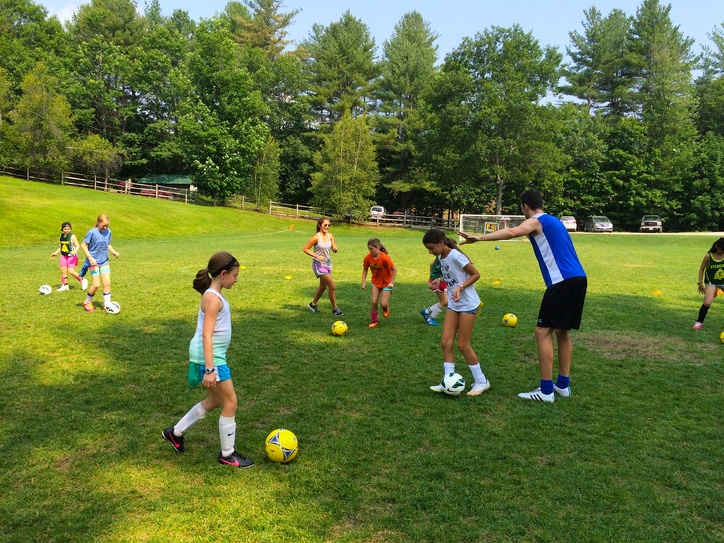 I also saw warmups at a soccer period. Rather than run all of it himself, the coach in charge gave two campers the opportunity to lead the group in the morning’s warmup stretches. The two boys in the center of the circle received that honor. At recent lessons both boys had shown a great deal of effort, and the coach wanted to reward them for their spirit and resilience. As you can see, their peers were happy to follow them as they tried out being leaders in this moment. 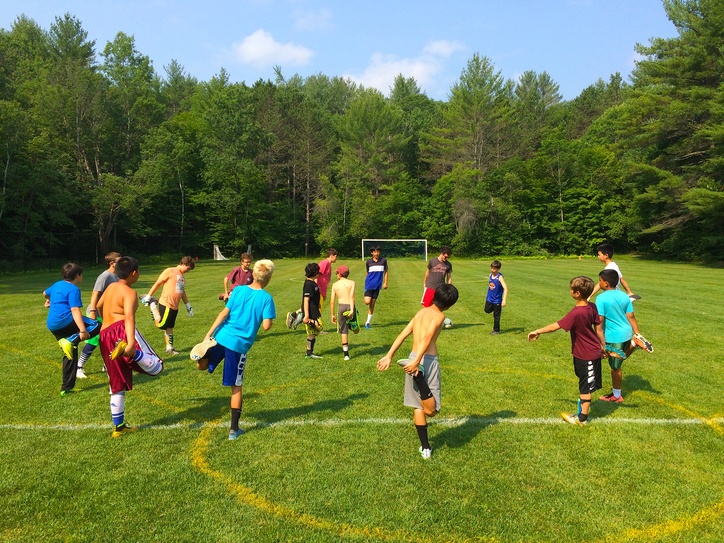 Up on Senior Hill I also watched Coach Brian run a great lacrosse period. Our boys are preparing for an upcoming tournament and they were busy working on running, scooping, cradling, shooting and defending their goals. 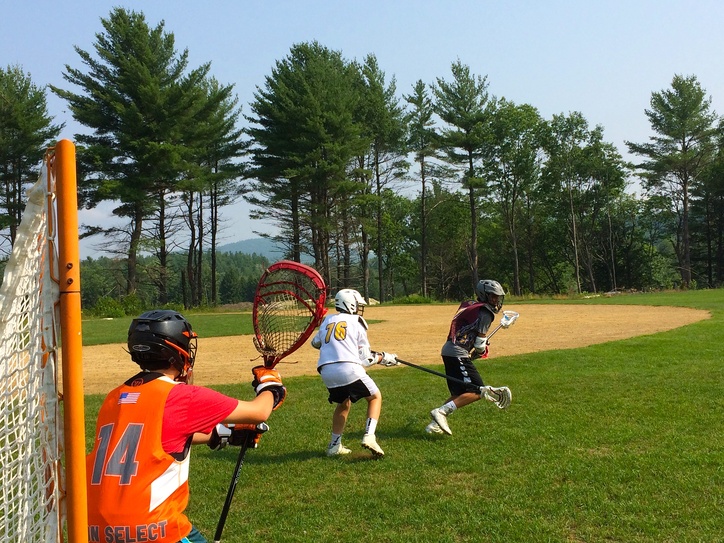 Coach Erin had a group of Junior girls on the upper basketball court. To help them learn to how to run and dribble more effectively, she had them practicing with two balls at the same time. It forced them to stop watching their dribbling hand, and to learn how to maintain control of the ball with their finger tips, rather than their entire bodies. As you can see, Mia and Sophia were totally getting it! 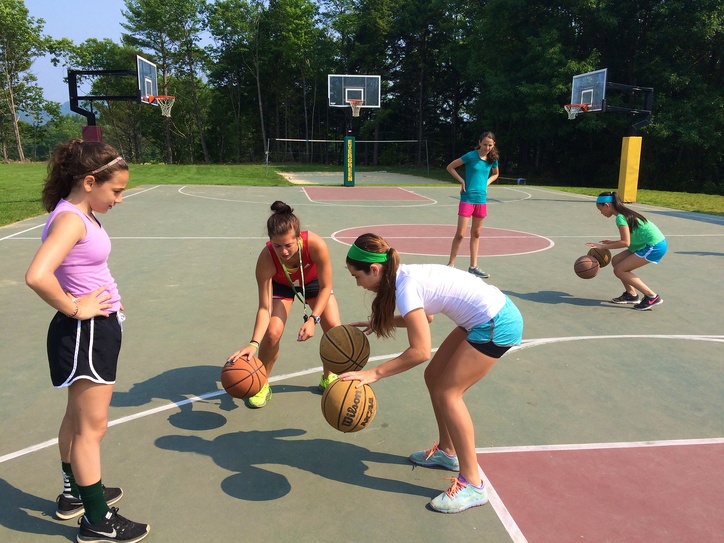 During Rest Period it was a really relaxing day. As I walked around the bunks our kids all looked to be having a great time. Because we are an unplugged community, our campers don’t have access to mobile electronics like ipads or itouches during free time. As you can see, not only do our campers stop missing their electronics, they actually figure out how to have a great time doing something as simple as playing a game of Monopoly on their cabin floor.

Moments like these are so crucial for social and emotional growth. This generation of children needs to learn how to socialize during unstructured time, and how to interact in ways that don’t involve a touch screen or a WIFI connection. What they see as a fantastic afternoon with friends is really a chance to become a more socially and emotionally aware human being. It’s moments like these that remind us why teaching 21st century skills is so important! 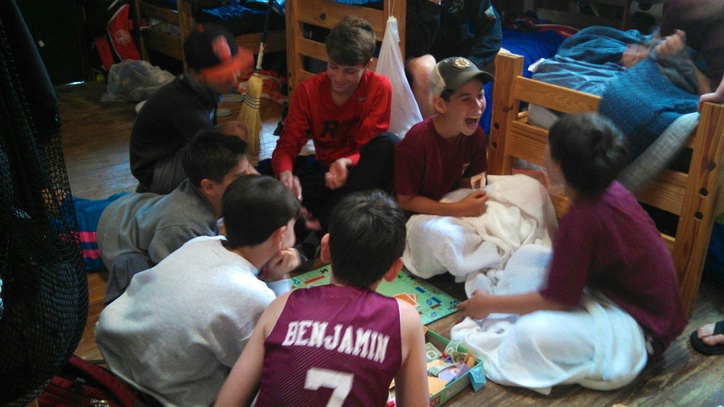 In the afternoon I spent a lot of time at our art studios. I watched two of our girls work on their plan to build a house. Not a doll house or a model house. A HOUSE. I like their ambition and look forward to seeing how far they get in the next 5 weeks! 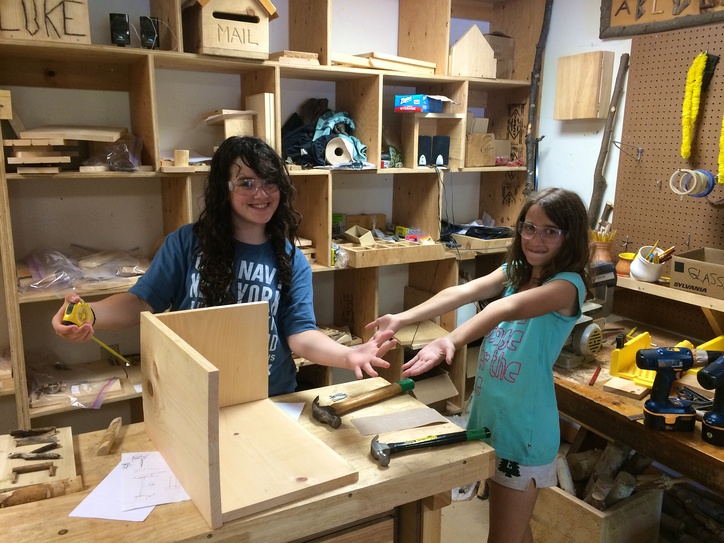 In music a group of girls were busy rocking out with the help of their counselor and Music James. Their combo has been working for the last two weeks on putting together a song for our upcoming music festival Hollowpallooza. I’ve seen them practice a few times already, and their sound is really starting to come together. I love how diligently they have been practicing. That level of commitment is really excellent. 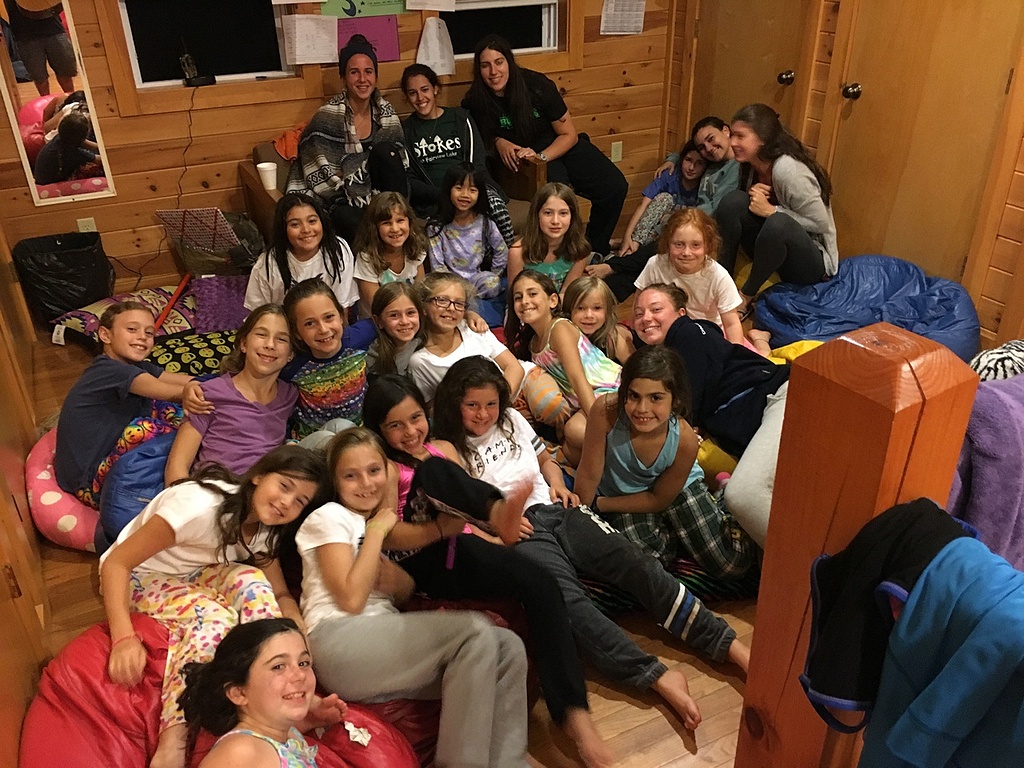 Outer Space week began in Arts and Crafts today. Teacher Charlotte had the girls and boys creating their own space ships and flying saucers, and was also giving them lessons in how to spray paint (without spraying yourself or your friends). 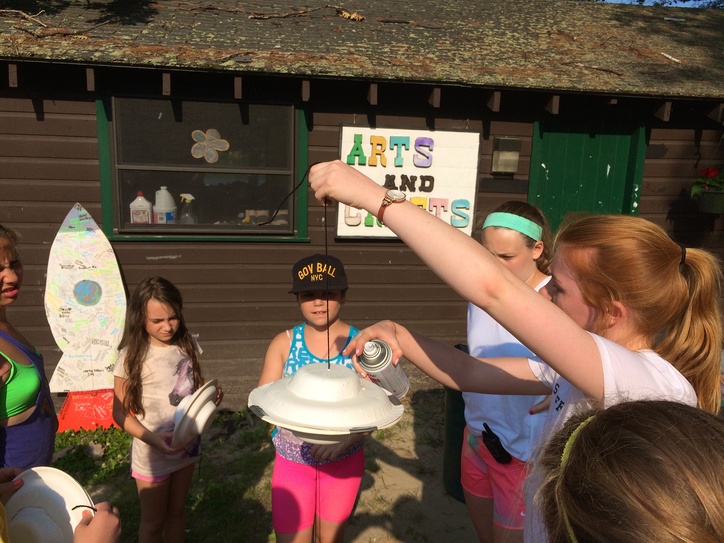 From there it was down to the Evergreen waterfront where I hung out with our Sophomores. They were water skiing and wake boarding, and with the weather being so absolutely glorious, they were just so happy to be cooling off in our lake. 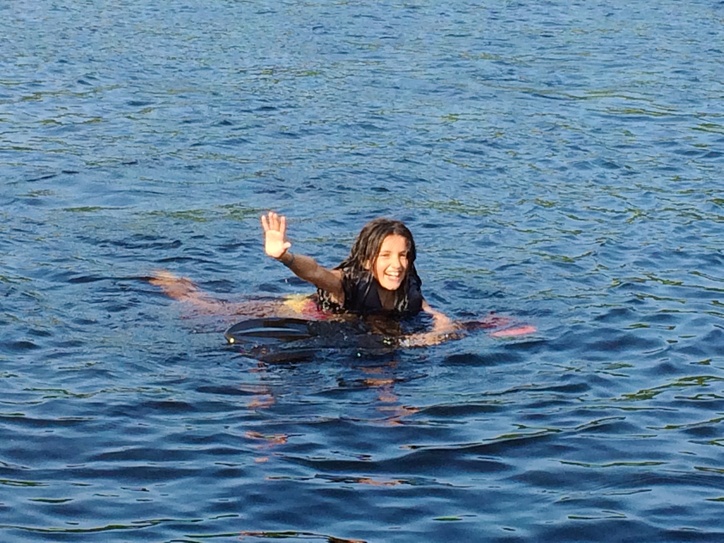 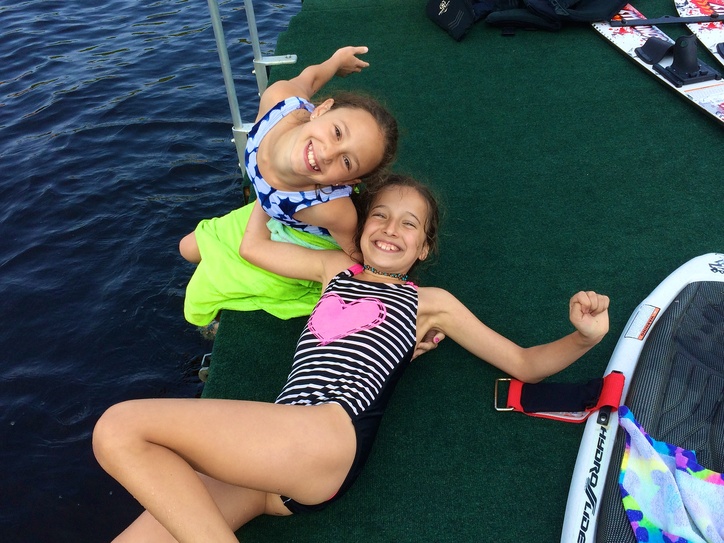 Tonight, I had a special event in my house. During our Gold Rush special event last weekend bunk 2 had won a party at my house. With their counselor Scott they joined us for pizza, cold drinks, and the showing of a very special movie. When I announced that we’d be watching “Back To The Future” they all started cheering. Half of them had seen it, and half of them had heard great things. Some of you parents are doing a very good job introducing your kids to the classics. 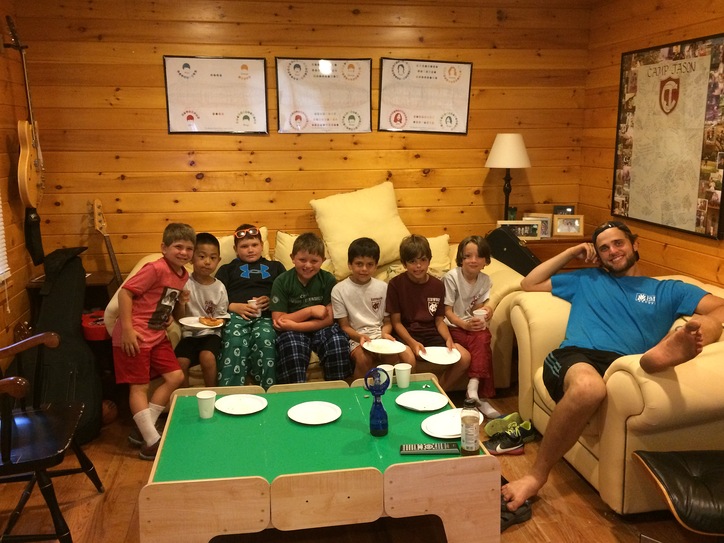 The rest of Kenwood was involved in all sorts of fun activities tonight. The Freshmen and Sophomores had a Bombardment tournament, while the Inters were busy tubing on the lake. The Juniors had a campfire with storytelling and s’mores, and the Seniors played sports and had a late night BBQ. 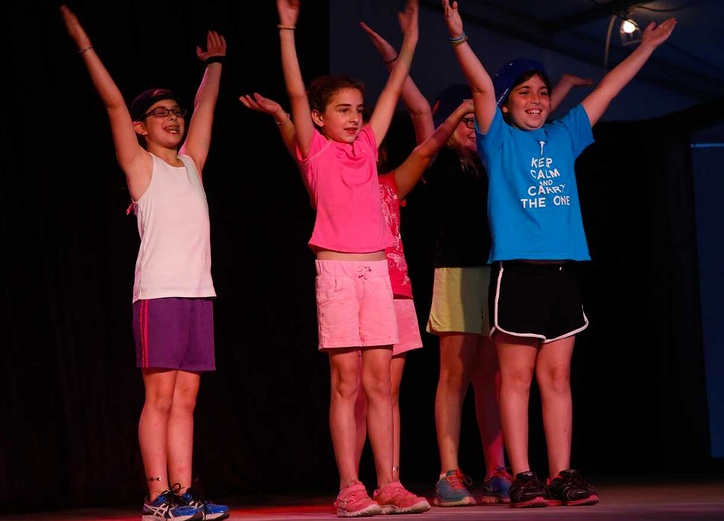 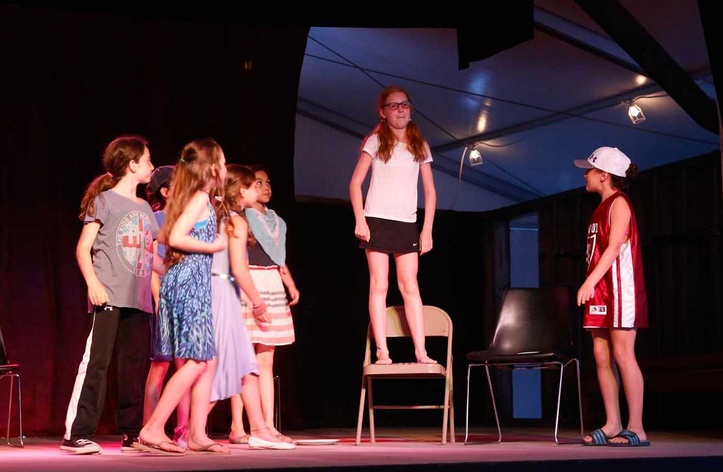 Evergreen had one of its most raucous, creative, and important evening activities of the summer: The Lip Sync Contest. It’s super fun and the girls love it, but it’s also an example of how we teach 21st century skills in the midst of all of the good times here. Throughout the afternoon our girls worked on taking their most creative ideas and making them reality. This took creativity, leadership, the ability to work successfully with others, and most importantly, effective communication skills to properly articulate their unique artistic vision. 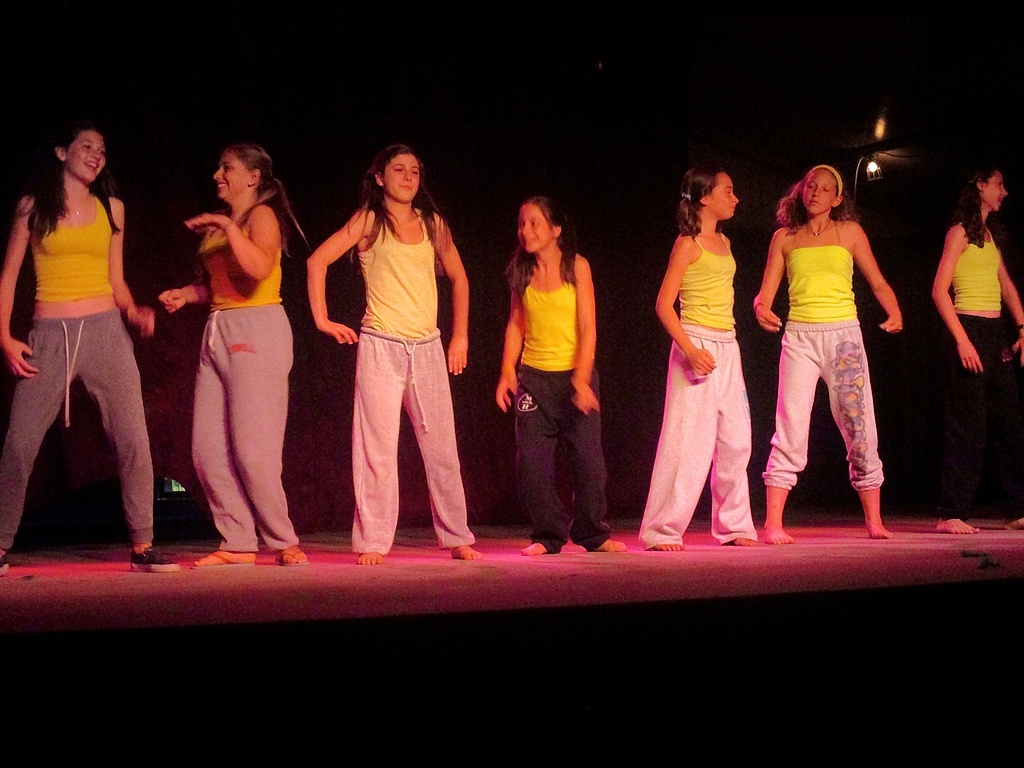 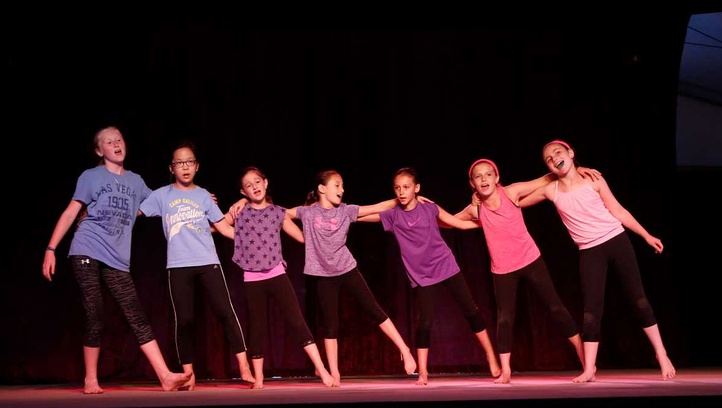 I saw groups of girls in Arts & Crafts creating costumes, while others focused on coordinating their steps in the dance studio and in their lodge living rooms. Another group of girls spent some of their time editing and mixing different music together to create totally unique sounds. It was a fantastic example of how much fun — and how much project based learning — can happen simultaneously at our overnight camp in NH. 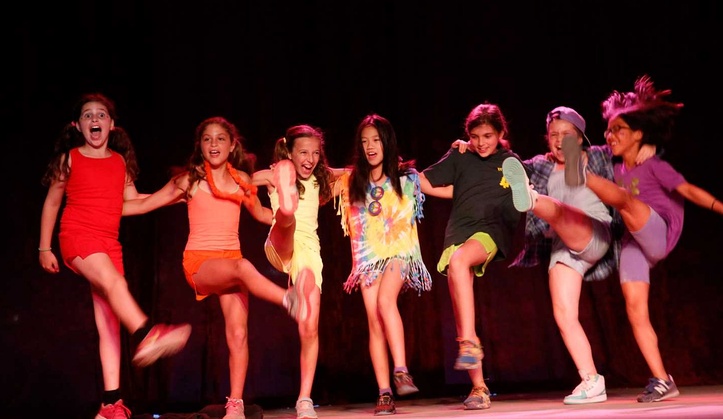 And then tonight happened. Our entire girls’ camp gathered in the theater tent and things got crazy. Another thing I love about this night is the utter glee and abandoned our girls demonstrate during this event. In the tent, alone with their Evergreen sisters, our girls put everything they have into their performances. How wonderful to be able to be so free, and so lacking in self-consciousness, in front of a group of 200+ people. What a gift to have moments like this every summer! 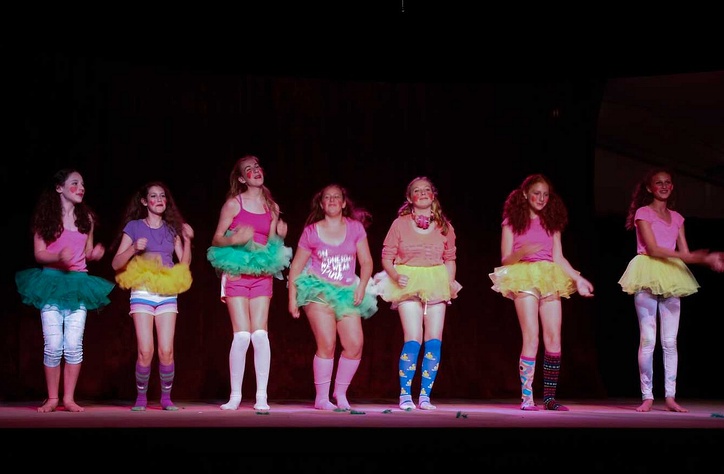 Camps Kenwood and Evergreen is a 7-week brother-sister summer camp in New Hampshire. Our campers have incredible summers of fun, learning and friendship making.