To meet our mission we have assembled one of the most experienced camp leadership teams in the country. Combined, we have spent more than 200 years at Kenwood & Evergreen, and more than half of our administrative staff began here as campers. We are more like a family than a group of co-workers, and each of us is dedicated to creating the most enjoyable, intentional, child-development focused overnight camp experience possible. 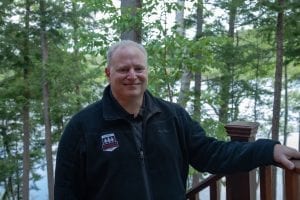 Our Owner and Director, Scott Brody, spent most of his summers growing up at Camps Kenwood & Evergreen. As a staff member, Scott held a variety of positions at camp, including Bunk Counselor, Unit Leader, Head Counselor & Assistant Director, before becoming the Owner and Director in 1996.  Scott truly understands what it means to be a successful camper and young adult at Camp, and uses his knowledge and experience to positively impact the lives of both.

In addition to leading our team at Camp, Scott is an educator and thought leader in the areas of 21st Century Learning, Workforce Development and Child Development. Scott is the National Board Chair of the American Camp Association and serves as an Executive Board member of the Partnership for 21st Century Learning in Washington, DC, and as a Board Member of the Foundation for Jewish Camp in NY, NY as well as other state and local boards.  Scott is also a strategic partner of IDEAS Education in Beijing, China. Scott has represented the camp profession in Washington, DC, for many years and has led presentations for the US Congress on the ways in which learning experiences like summer camp promote college and career readiness.  He is also the author of an award-winning article for Camping Magazine entitled “Teaching the Skills that Children Need to Succeed”.  Scott is an honors graduate of UC Berkeley and received a Juris Doctor from Boston College Law School in 1990.

Making music with campers and staff at our annual Hollowpallooza concert is one of the many highlights of Scott’s summer at Camp, as is leading white water rafting and surfing trips with older campers.

Most importantly, he is the father of A.J., who loves middle school and is a camper in our community! 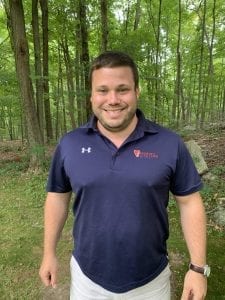 Summer camp has always played a large role in Matt’s life; since he was a kid Matt has been a camper or staff member, including working at his older brother Andrew’s day camp for several summers.  After graduating from college and spending six years as a “suit” in the corporate world in NYC, Matt decided to take his passion for camp and make it a career.  He joins K&E after two years as the Associate Director at Crestwood Country Day Camp in Melville, NY and prior to that he spent three years working as Associate Director at Breezemont Day Camp in Armonk, NY.   Both Matt’s niece and nephew attended Kenwood & Evergreen as campers for several years, and he was able to see firsthand the type of community and care that exists at K&E, and is excited to be able share that with other families. Matt joined the full time, year-round team at K&E in September 2019 and will focus on camper recruitment and engagement, including doing home visits in the NY/NJ/CT area. Matt lives with his wife Michelle and dog Buddy in North Jersey.

After earning a degree in Psychology from Edinburgh University in her native Scotland, Sarah has lived, worked and traveled in five continents, gathering corporate, non-profit and educational experience along the way.  Sarah first came to Camp in 2004, initially working summers as a general counselor and an office assistant before moving to the US in 2008 to join the year round leadership team. Sarah oversees our camp operations – including our office, transportation, food service, health center and more – making sure that our systems run smoothly and that our team is supported.

Sarah is married to Camp alumnus Steve Silverberg, and their kids James and Maisie think Camp is the best playground in the world!    In addition to directing operations for Camps Kenwood & Evergreen in New Hampshire, Sarah serves on ACA’s Project Real Job committee and created e21, a management framework to benefit camps and their staff. 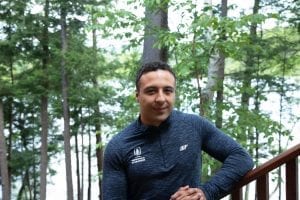 Josh joined the Kenwood and Evergreen family in 2011 as a General Counselor. He graduated from the University of Central Lancashire in 2014 with a bachelors in Sports Coaching, before flying across the Atlantic to become a full time member of the Kenwood & Evergreen Community. While at college Josh worked for the UK Government delivering sporting instruction in partnership with the London 2012 Olympic Games, increasing the accessibility of sports for young people in the community. He represented his county (state) at both rugby and cricket. Dynamic and enthusiastic, Josh has a unique approach to creating programming, staff training and connecting with our campers and counselors.

Liz joined Kenwood and Evergreen in September of 2019
as our new Office Administrator. Liz is excited to be working as
the first point of contact with parents on communication,
enrollment and billing. Prior to joining K&E Liz spent 7 years at
home raising her children, Nathan and Natalie. Before becoming
a mom, Liz worked as an Executive Assistant and Office Manager in the non-profit, educational field. As a seasoned administrative professional, Liz brings a passion for organization, children and families!

Deena is a child psychologist who received her bachelor’s degree in psychology from Binghamton University in New York and her master’s degree and certificate of advanced graduate study in school psychology from the University of Massachusetts-Boston. During the summer, as the Head of Counseling Services, Deena is available for campers and staff who need one-on-one help with the issues that can develop over the course of the summer. She’s a really good listener. When she’s not working at Camp she is the school psychologist and special education chairperson at the Paton Elementary School in Shrewsbury, MA.

Deena’s hobby is baking and decorating elaborate cakes for parties. Her favorite moment each summer is when she gets to referee Evergreen’s Jell-O Wrestling. As a longtime softball player she also loves our Tri-State Softball Tournament and really enjoys the time she spends chatting in the bunks when it’s bedtime! 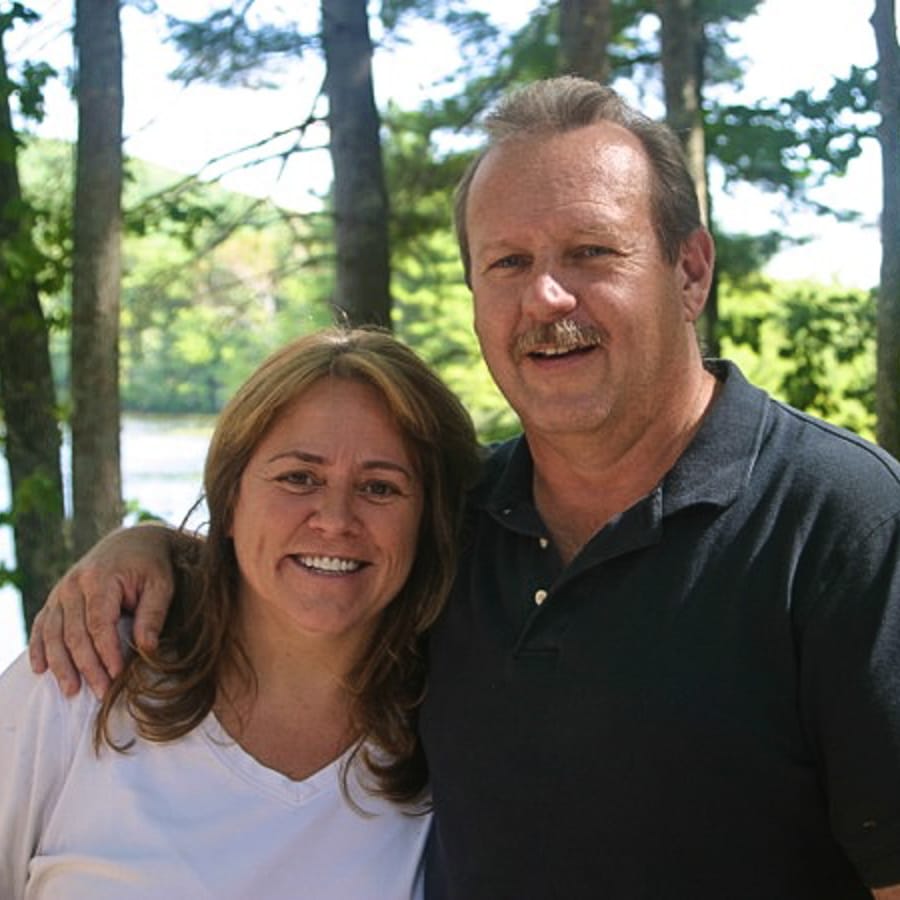 Jacki joined our camp family at age 5 and and has remained with us for more than 40 years. After a long career as a camper, she became a beloved counselor, unit leader and has now been Evergreen’s Athletic Director for more than 25 years. Jacki played field hockey, volleyball, basketball and lacrosse in high school, and then went on to play division 1 lacrosse at Loyola, Maryland — for the #3 ranked team in the nation. After earning her B.A. from Loyola she received her J.D. from Hofstra Law school in 1986. During the off-season Jacki has been a Commissioner of SYAC (Syosset Youth Athletic Council) for over 20 years while coaching girls basketball and softball teams of varying ages (5-16). She enjoys coaching our girls’ soccer, basketball and the Tri-state softball team each summer. A strength of Jacki’s is being able to motivate the girls to believe in themselves and to try their hardest in everything they do, both on and off the field.

In the summer of 1990, Jacki introduced Bob to Camp and he immediately fell in love with it. Bob has been at K&E for almost 30 summers, 19 of which he has served as Kenwood’s Athletic Director. Bob has a strong background in sports including having played on a men’s national championship softball team. He is retired from the N.Y.C. police department where he coordinated a youth program providing growth experiences through community service. He then went on to graduate with a B.A. in Education. Bob has enjoyed coaching his town travel teams to numerous championships in softball and basketball. With his background in sports, his life experience as a police officer, and his knowledge as an educator, Bob brings a unique perspective to camp.

Jacki and Bob both share in the belief that sports is an ideal venue to build a child’s self-esteem, regardless of their ability — and that giving of 110% of yourself is a valuable and rewarding experience regardless of the outcome. 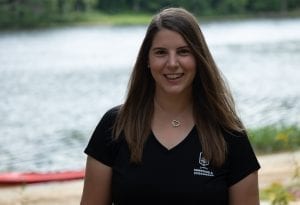 Courtney has been at Evergreen since 1999. At 8 years old, she took a tour of camp and saw girls playing softball in a downpour – totally unfazed by the rain, having a blast, and very athletic. She knew Evergreen was the right place for her. She was a camper for seven years, came back as a general counselor and then was the senior unit leader for three years. She has been our girls’ Head Counselor for the past six summers.

During the school year, Courtney is a health education teacher in Needham, Massachusetts. She is also a licensed physical education teacher. Courtney loves all things sports. She grew up playing most sports and later in life started specializing in volleyball. She played division III volleyball at Trinity College, where she graduated with a B.A. in Education. She later attended Boston University where she got her Masters in Health Education. Aside from camp, teaching and coaching are Courtney’s passions in life.

Courtney has coached a number of teams in Massachusetts. She is the head coach of the Needham Girls Volleyball team and has led the team to numerous playoff appearances. She was also the assistant coach for the MIT Mens volleyball team, which was ranked 15th nationally and she assisted the Newton South Boys Volleyball team to a state championship,. She has coached a number of travel teams as well, which have won several New England Regional tournaments. Finally, she coaches our volleyball teams at Evergreen and two years ago, our U15 girls took first place out of six teams and this past summer, they took second out of nine teams. It has been especially fun for Courtney to bring her passion of athletics, and specifically volleyball, even more into the camp community.

Courtney loves that she has her summers off so she gets to keep coming back to camp year after year.