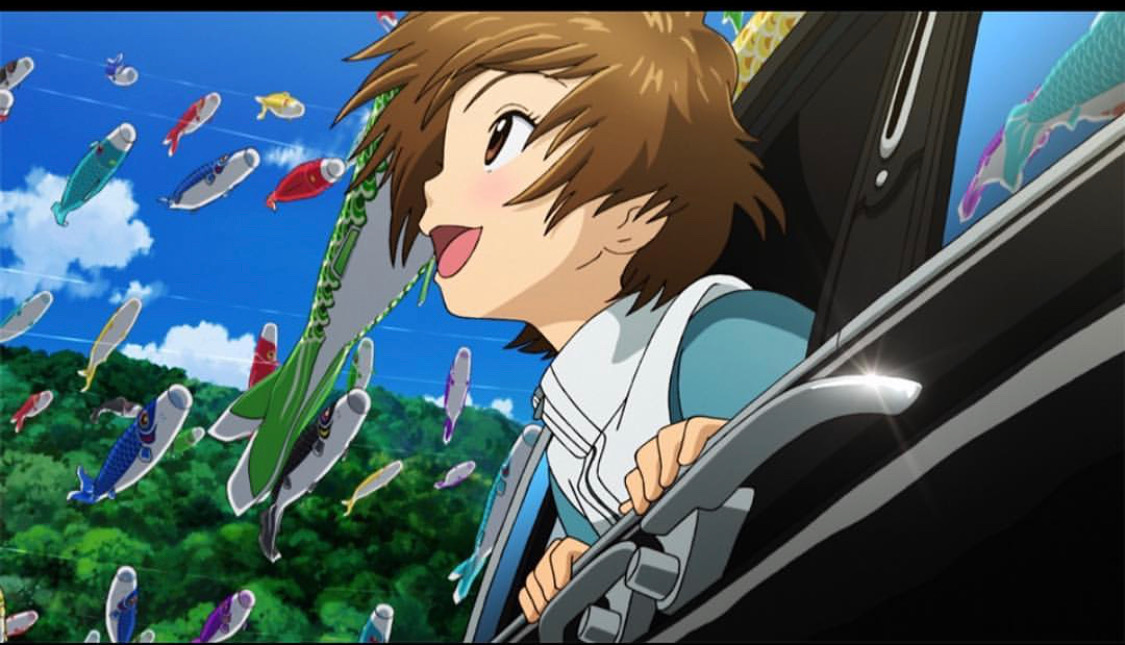 Our campers have so many passions, and as Camp Directors we are honored to watch as these pursuits evolve from curious interests to hobbies, and sometimes develop into exciting careers. Even as a young camper everyone in our community knew that Ethan Berman was determined to have a life in show business. He was a star in every play; produced, wrote and edited a weekly video news magazine that we streamed to parents; and formed a fabulous rock band that stayed together for 5 years. And that was just in his first summer.

So it was no surprise when we learned that he had been cast as one of the voice actors in a cartoon premiering next week throughout the United States. It’s called Okko’s Inn and it looks to be both visually stunning and a beautiful story. Originally released in Japan, it has been re-dubbed with English speakers for a world-wide audience. Click here to see the trailer, and here to find tickets in your area. Ethan’s character Sadly, it has a limited release right now and will only be in theaters April 22nd and 23rd. We hope Ethan’s many K&E friends join us in taking time to see his first part in a full length film!

As we were discussing his five summers at K&E, I asked Ethan what his favorite moments at Camp were. He didn’t hesitate and said “it’s a toss up between two memories, both from my first summer. One was when my band Beat The Heat opened up Hollowpalooza [our annual music festival] and when I found the ceremonial Color War hatchet in a matter of seconds – scoring our team the first few points in the tournament and seeing the look on everyone’s face. I’ll never forget that moment.”

I also knew that being at Kenwood & Evergreen was a major growth experience for Ethan, and I asked him how, just 3 years after graduating, he felt it had shaped who he is today.

“Camp gave me the opportunity to meet new people and explore new activities. Camp gave me the ability to express myself in the fields that I’m so passionate about, and find out what I like and what I don’t. Camp really allowed me to be a leader in various ways, too. Camp taught me there’s no such thing as failure, and that the people that love you and you love will always support you and always have your back—no matter what. I was able to dabble in acting, film and entertainment – all of which I’m lucky enough to work in now. And while at times you feel you can’t live without your phone and technology, camp taught me that sometimes you need to unwind and unplug from the social world, live in the moment and focus on being the best person you can be.”

We are so proud of Ethan and wish him luck both in his other upcoming projects (did we mention he started his own entertainment company?), and as he starts his Freshmen year at NYU this coming fall!