An Amazing Theater Production At Our Summer Camp In NH 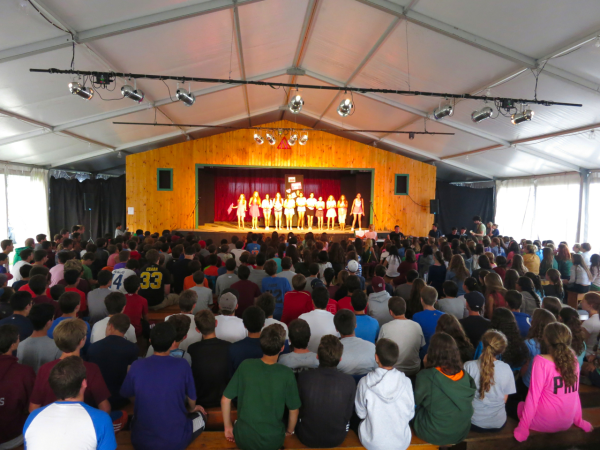 Tonight, our senior campers put on an amazing theater production at our summer camp in NH

It was another gorgeous day for our very happy campers. Once again, the weather was pleasant and mild. As the sun rose over the lake about 15 Kenwood campers and Adventure Dave walked onto the docks for their Polar Swim. In the crisp morning air the lake felt like bath water, and most of the boys were disappointed when we told them that it was time to get out and head to breakfast.

All over campus I saw terrific activities. Jacki Mitchell, our girls’ athletic director, ran a fantastic softball period with our Evergreen juniors. Throughout the period Jacki was heaping compliments on at the girls for really having honed their throwing and catching skills over the last 4 weeks. They had spent a good part of the summer practicing, and it showed. She was so proud of them! 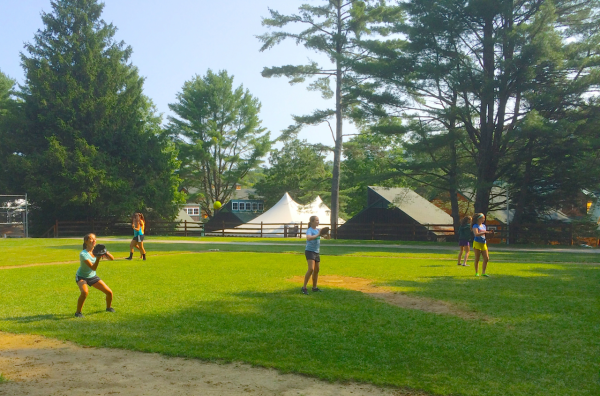 At the Kenwood waterfront I witnessed something that I had never seen before: a boys’ water aerobics class. The counselors for the inters and juniors stood on the docks, leading the boys in stretches and modified dance routines. There was music playing and a ton of laughter, and even from 50 ft away you could see what a good time they were having. I love when our counselors get this silly and create a magical experience out of thin air. 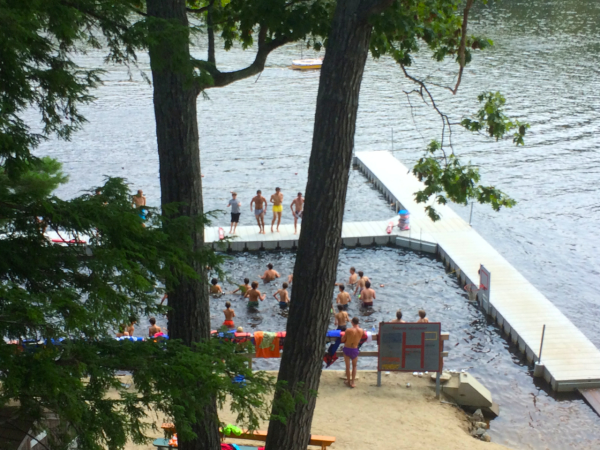 Yesterday, I wrote about a group of our boys who were interested in learning outdoor survival skills. This idea is rapidly spreading around Camp. Today, I bumped into a group of freshmen girls who were on their way to learn how to build a fire and construct a temporary shelter out of branches and sticks. They could barely get the words out as they tried to tell me how excited they were for this activity. I was really impressed that four girls from Manhattan, and one from Wellesley, MA, were this excited about fire building. That’s our Evergreen girls! 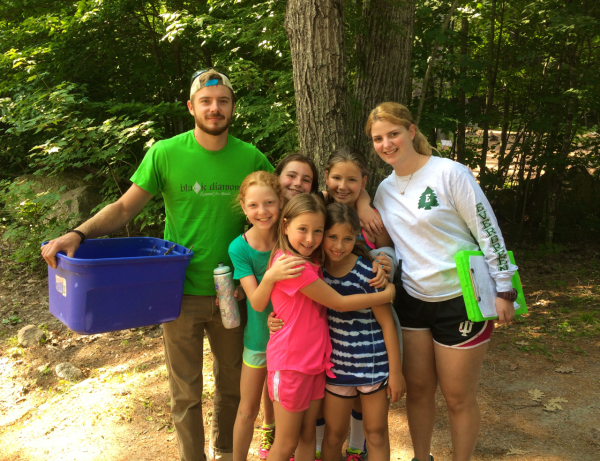 Today was a busy day in the music studios. Every available moment campers were there practicing their acts for Hollowpallooza, our music festival that will take place on August 2nd. These two boys were working on duet of “American Pie”, while two counselor friends played guitar and piano. The next act included drums, keyboards, electric guitar and a saxophone as they covered Billy Joel’s “Scenes From An Italian Restaurant”. Already, I can tell that this is going to be an amazing special event!! 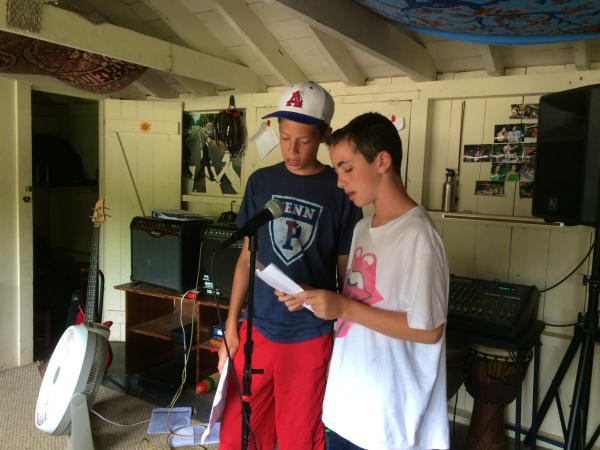 There were also a lot of campers in the art studios today. With Visiting Day just about 36 hours away, our kids spent the morning and afternoon finishing up the many art projects that they have been working on all summer. Girls and boys were editing photos, sanding their wooden furniture, and applying a final coat of glaze to their pottery pieces. Everyone is very excited for Sunday! 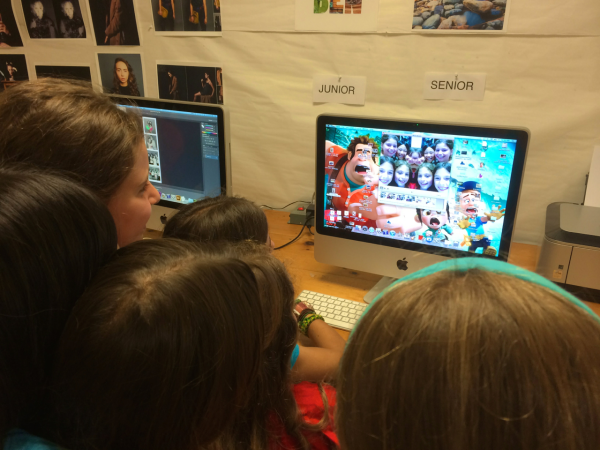 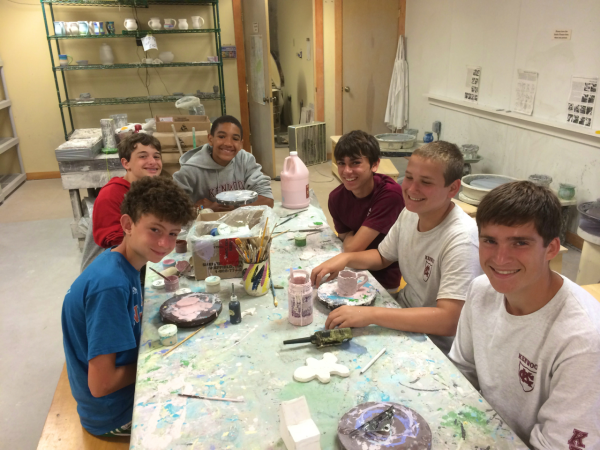 And then tonight, after Friday Night Services, the entire community gathered in the theater for the premiere of our senior camper Broadway-style musical. This was the biggest theater production of the summer, and it did not disappoint. The singing, acting, and dancing was terrific, and you could see on the kids’ faces how much fun they were having up on stage. 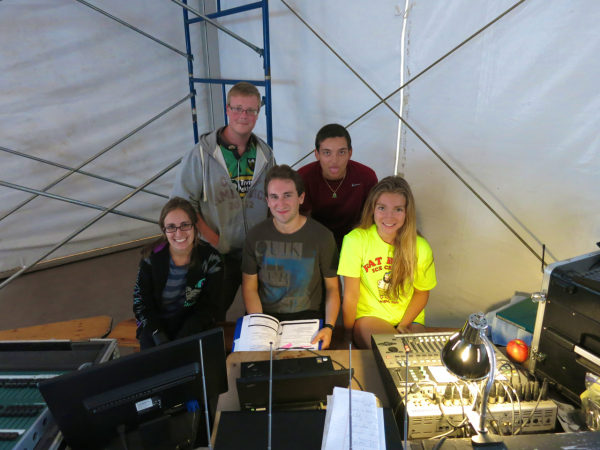 As part of our camp’s mission, we always want our campers to have the opportunity to learn real life skills that they can take home with them. Our fabulous theater director Torrance Shephard and our theater tech director Rob Negus put a great deal of attention on teaching our actors and crew new ways to collaborate, persevere, and adapt. By doing this together they helped make a great show even more impressive. 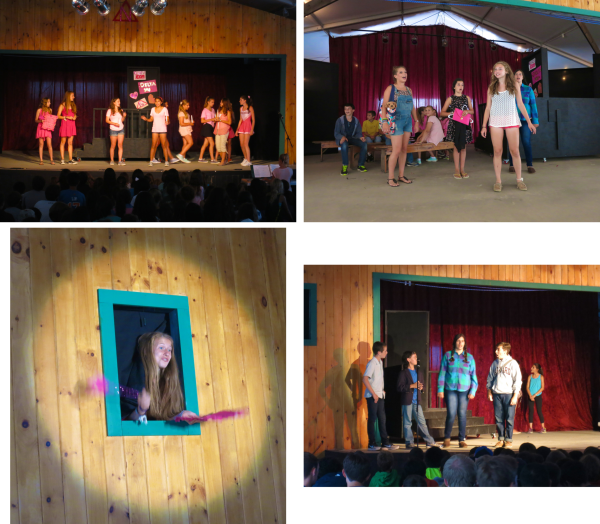 Quite simply, we had our biggest, most involved camper backstage crew ever working on this show. This year campers helped construct and paint the sets and scenery, create the costumes, and put together the lighting and sound design. Over the last 4 weeks of camp the kids learned how to use and control different lights, create colors schemes with gels, manage multiple styles of wireless microphones, and run both a lighting and sound board. They also learned about set design and backstage management. We even had campers performing together in our orchestra!

We are so proud of the 60+ campers and dozens of staff who spent this month of camp working on this production of “Legally Blonde”. Here is a trailer and set of interviews that two of our very happy campers made about this amazing theater production!

Our brother-sister summer camp in NH is an incredible place for children to discover their passions! We invite you to learn more about our how we have so many happy campers.