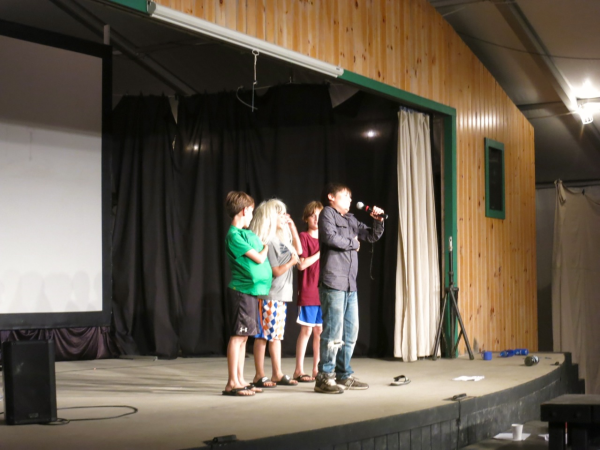 A Pause During Color War 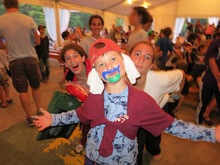 We woke up this morning to heavier rain than we expected. Because of this we decided to take a pause during Color War, and instead have a “truce” day. After breakfast the campers gave their bunks a thorough cleaning and then spent their morning working a number of important end-of-the-summer projects. Groups were in Arts & Crafts finishing up their bunk plaques, while others were in the their bunks and lodges putting the finishing touches on the skits that they would be performing later in the day. The kids also began writing their Scroll and Log articles, the yearbooks for Kenwood and Evergreen. Later in the morning the boys spent a few hours in the theater for a much loved event called “Simpsons Morning”. It was a good morning for relaxing and forgetting about the hussle of Color War. 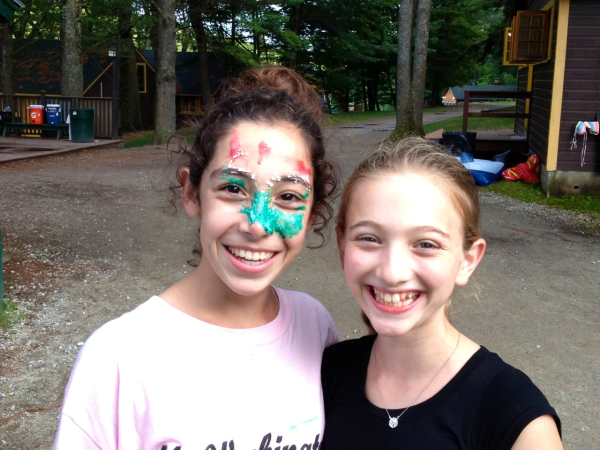 Someone got a bit of birthday cake frosting on her face!

It was also a good morning for playing in the rain. A group of Kenwood Inters decided to join their counselors and slip around in a couple of large mud puddles that had formed on the Junior Ballfield. When I caught up with them they were covered head-to-toe in mud, and all that I could say to them was “Well done, Gentlemen. Well done”. 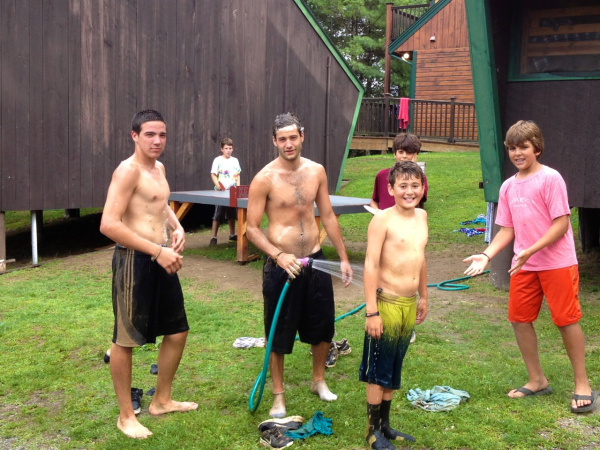 After dinner we had the final Brother-Sister Visiting of the summer. All over the campus people were hanging out together, laughing and enjoying being together. I kept getting asked the same question: “Why has this summer gone by so quickly?” I reminded the kids and staff that it was great that they were now aware of this, as it meant that they could truly savor the next 7 days of being together. 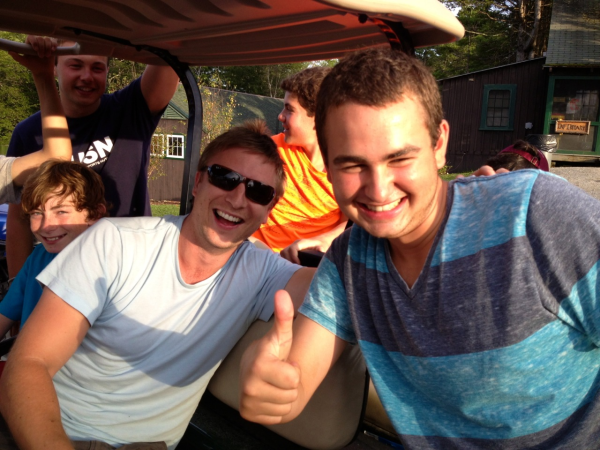 Tonight was also the final Friday Night Services of the summer. After a great Service Call Dance we all gathered in the tent and in the Gymnastics Pavillion. I had the pleasure of reading “The Boy With Purple Hair” a sermon written by Arthur Sharenow, the much-loved former owner/director of Camp. It’s actually a story that he thought up and wrote for his kids as a bedtime story many years ago. From the moment Camp starts each summer I get passionate requests from campers and staff to give this sermon. I love having a chance to tell it, and I love that our community still has this great way to celebrate Arthur in this sort of way. 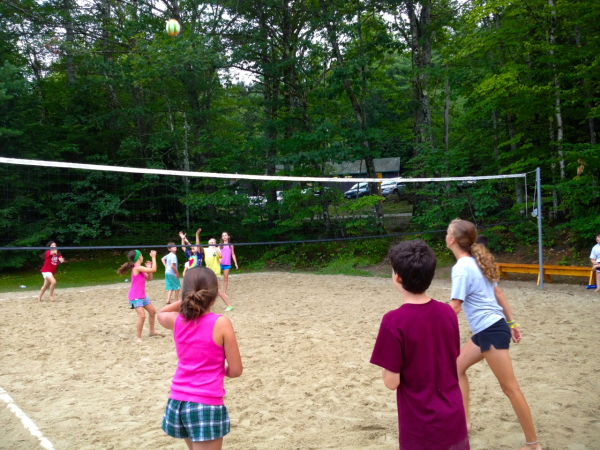 After Services all of Evergreen headed to the Gym to watch a movie. Kenwood stayed in the theater for its Plaque and Skit Night. Each bunk got up in front of the Camp and put on a short, silly skit that they wrote themselves. Some of them were extremely funny, particularly those lampooning the quirks and reoccuring jokes of the summer. It was another way for our kids to show off their creative sides.

Thankfully, by early afternoon the rain had stopped, and it ended up being a beautiful afternoon. The clouds parted, the sun came out, and the temperature got very comfortable. Everyone seemed to savor a very special second half of the day, what with the combination of the brief pause during Color War and the gorgeous weather.